Imagine this, if you can. It’s a fine autumn afternoon in Christchurch and the Warriors run out in front of a capacity crowd at the new central city arena.  There are more than 25,000 fans in attendance, but hardly any of them are backing the Reece Walsh-captained Warriors.

Article written by Michael Burgess who has reported on the Warriors since 2006, dealing with eight different head coaches.

Instead they are here to support the local boys, the Canterbury Bulls. Led by Kiwi lynchpin and former Storm star Brandon Smith, the Southern team are kicking off the 2026 NRL season.
That scenario might seem like pure fantasy – but maybe not. The NRL’s vision and strategic plan calls for expansion, projecting two additional teams within the next decade.
The 17th team will be based in Brisbane – ending the Bronco’s monopoly in the Queensland capital – and is earmarked for 2023 or 2024. Several sites have been discussed for the 18th, including West Australia, South Australia, central New South Wales and New Zealand.
A Perth based team has been tried before (the Western Reds folded in 1998 after three years) while the Adelaide Rams only lasted two seasons. The central coast of NSW has more appeal, though it lacks a large commercial market or anchor city.
So what about a second New Zealand team? NRL CEO Andrew Abdo has floated the possibility on several occasions this year, sometimes unprompted. They see significant potential in the market here, given the population base and the talent pool (27 per cent of current NRL players were born or developed here) and like the idea of a game in New Zealand every week.
There’s also the appeal of creating an intense derby rivalry with the Warriors, building the kind of tribal passion that broadcasters and fans love.
A second New Zealand NRL team has been mooted before, but mainly by local backers. Now there seems a genuine political will – so the time is ripe.
Former New Zealand Rugby League chairman Andrew Chambers recently announced a Southern Orcas bid. The team would be based in Wellington, though also take matches around the South Island.
But Sky Stadium is far from optimal. It might work for All Black tests in the capital, but is often cavernous for the Wellington Phoenix and Hurricanes and fans at the multipurpose ground are too far from the action.
Whereas a potential new Canterbury team would be based at the best rectangular stadium in the country, the kind of design that encourages a good atmosphere even with modest crowds. 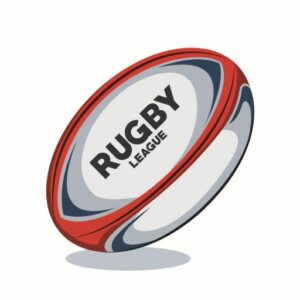 The Canterbury region arguably has a greater league heartland, when compared to Wellington, a similar population base and superior international connectivity.
Former Kiwis and Warriors coach Frank Endacott would love to see a NRL team in his home city but is cautious. He told me there would need to be a major benefactor behind it, lots of work done to improve talent pathways in the region and plenty of NRL support in the formative years.
However Endacott saw the presence of the Crusaders as a positive – with their sustained excellence – and felt a Christchurch bid would have several advantages over a potential Wellington franchise.
In terms of optics, the performance of the Warriors over the next few years will be important to any proposal.
If they become consistent playoff contenders, it will be far easier to sell the idea of a second NRL team in this country.
Wherever the team was based, it would be an unprecedented boost for the sport. It would mean that legions of talented kids, who currently head to Australia to pursue their professional league dreams, could have another local option.
It will take a lot of work, but the NRL appear ready to be persuaded. It’s time to seize the day.